Situated in the Far North on the western side of Doubtless Bay, Karikari Peninsula’s Beaches is a long thin section of land stetching out into the Pacific Ocean. if gifted with never-ending white sand and translucent, blue waters and bays. There are plenty of beaches situated along Karikari Peninsula, including Tokerua Beach, Rangiputa, Whatuwhiwhi, Matai Bay and Karikari Beach. The high land around Whatuwhiwhi offers superb views over Doubtless Bay to Mangonui and views over Karikari and Rangaunu Bays to Houhora Heads. Tokerua is the longest beach on the Peninsula. 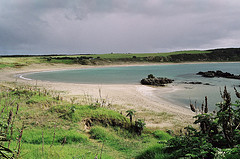